The 2016 Global Conference took place in Geneva. It brought together academics and observers from civil society and treaty bodies to discuss the various issues considered by the three regional consultations held in 2016; the progress made; areas needing further research in relation to the functioning of treaty bodies, treaty bodies’ membership, individual complaint procedures, and the relationship of treaty bodies with national and regional mechanisms and the rest of the UN system. 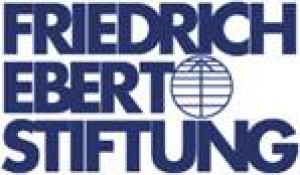 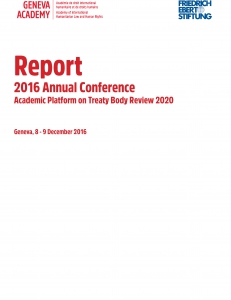 Report of the 2016 Global Conference 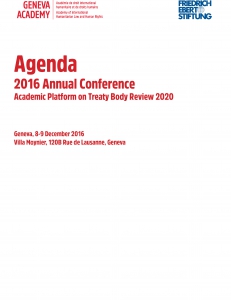 Agenda of the 2016 Global Conference