This regional consultation forms part of a series of global consultations in all regions to gather academic input into the 2020 treaty body review.

Hosted by the Institute of Legislation and Comparative Law under the Government of the Russian Federation, it brought together academics experts from the region as well as observers from governments, national human rights institutions and civil society.

Participants discussed many aspects of the treaty body system including its currents strengths and deficiencies, as well as areas needing further reforms and improvements, notably in the area of of harmonization of reporting procedures. 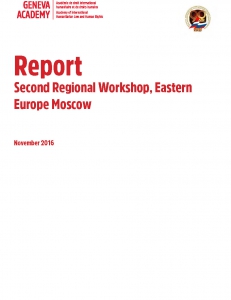 Report of the Regional Consultation for Eastern Europe