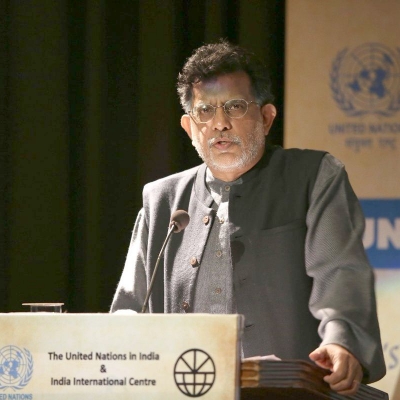 He is the founding member of the Working Group on Human Rights in India and the UN (WGHR), one of the world’s leading national coalitions on the UPR. He is also the President of UPR Info and has conducted training in numerous countries on the UPR with civil society organizations, UN agencies, NHRIs, governmental bodies and diplomats.

He is also a member of the UN Commission of Inquiry on the Occupied Palestinian Territory, including East Jerusalem, and Israel.

Miloon Kothari was the first UN Special Rapporteur on adequate housing. He has published widely on issues such as the UPR, housing and land rights, gender, forced evictions, globalization and its impact on human rights and the environment, civil society and trade. He regularly advises governments, UN agencies, research organizations and international and national civil society organizations on the UN human rights system, the UPR, as well as other human rights issues.

An architect by training, Miloon Kothari graduated from the Pratt Institute, Columbia University and the Maharaja Sayajirao University. He has been a Guest Professor and Visiting Scholar to numerous Universities and Institutions, including at the Massachusetts Institute of Technology in Boston.