Colombia: Still Engulfed in a Series of Non-International Armed Conflicts despite the 2016 Peace Agreement 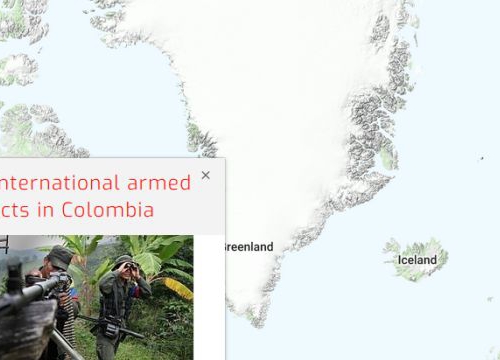 Colombia has been affected by armed violence since the 1960s, experiencing one of the longest non-international armed conflicts (NIACs) in modern times.

In spite of the fact that the conflict with the Revolutionary Armed Forces of Colombia (Fuerzas Armadas Revolucionarias de Colombia – FARC) is now over, violence has not diminished in the country and the government is still involved in a series of NIACs against the National Liberation Army (Ejército de Liberación Nacional – ELN) and a number of criminal organizations (bandas criminales, BACRIMs).

Furthermore, parallel NIACs are taking place among armed non-state actors operating in Colombia, including the ELN, which is fighting against the Gaitanista Self-Defence Forces of Colombia (AGC, called by the government Gulf Clan and formerly known as the Urabeños) and the Popular Liberation Army (Ejército Popular de Liberación – EPL).

Our Rule of Law in Armed Conflicts (RULAC) online portal provides a detailed analysis and legal classification of these NIACs.

The NIAC between the Government of Colombia and the ELN

The ELN is a highly organized group that has been militarily active in Colombia since the 1960s. As the FARC is now officially turning into a political party, ELN is becoming the most powerful guerrilla army operating in Colombia.

Peace talks between the ELN and the Colombian government started in 2017 and led to a ceasefire agreement that lasted from October 2017 to the beginning of January 2018. However, armed confrontations resumed in 2018 following the end of the agreement.

The government of Colombia is involved in intense armed confrontations against a number of BACRIMs, in particular, the AGC. The level of violence and the degree of organization of at least the AGC triggered the classification of these situations as NIACs according to international humanitarian law (IHL) criteria.

The AGC is the largest organised criminal organization in Colombia, where it controls most of the drug trade and considerable parts of the Colombian territory, especially in the north.

‘While the peace agreement put an end to the conflict with the FARC, Colombia is scourged by the expansion of the phenomena of urban gangs, gang violence and organized crime’ underlines Dr Chiara Readelli, Research Fellow at the Geneva Academy.

‘We have, one the one hand, BACRIMs that are highly organized, control large portions of the Colombian territory, and are able to launch armed strikes in the areas under their control. On the other, the Colombian government is deploying thousands of troops to target BACRIMs’ criminal infrastructure and military apparatus and has specifically created elite corps in order to fight against the AGC. Tactics include the use of intelligence operations, criminal investigations, and armed attacks, both on land and by air’ she adds.

A Series of NIACs among BACRIMs and Armed Groups: Fighting for the Control of the Territory and the Drug Trade

Following the demobilisation of the FARC, the armed actors currently operating in Colombia reorganized. Since the government proved unable to establish control over the areas previously in the hands of the FARC, the ELN and BACRIMs have been engaging in turf wars in order to fill the power void.

As a result, the ELN is party to non-international armed conflicts against a number of criminal armed groups, in particular against the EPL and the AGC.

Since March 2018, armed confrontations between the EPL and the ELN have been intensifying in the Catatumbo region, close to the border with Venezuela. The two groups are fighting in order to gain control over the region, one of the most important regions for cocaine production.

Intense fighting is also continuing between the ELN and the AGC. Specifically, the two groups are engaging in armed confrontations in order to gain control over the areas once under the authority of the FARC in Chocó province.

The RULAC database is unique in the world in that it legally classifies situations of armed violence that amount to an armed conflict – international or non-international – under IHL.

RULAC is supported by a law clinic at the Human Rights Centre at the University of Essex. In accordance with the RULAC methodology, a team of Essex postgraduate students drafted the conflict entry on Colombia, which was then revised and complemented by the Geneva Academy. 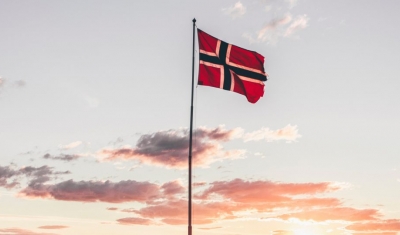 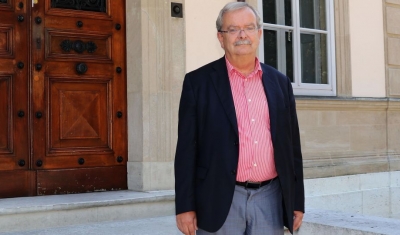