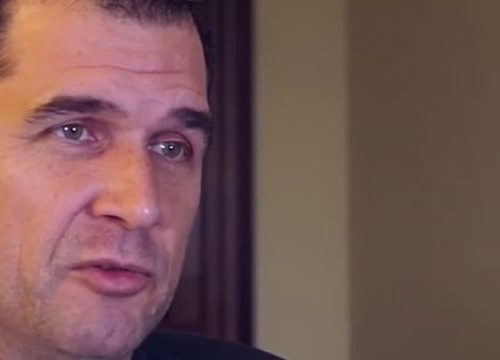 On 1 November, Nils Melzer, Human Rights Chair at the Geneva Academy of International Humanitarian Law and Human Rights, a joint centre of the Graduate Institute and the University of Geneva became the new UN Special Rapporteur on torture and other cruel, inhuman and degrading treatment or punishment.

Dr Melzer has promoted international humanitarian and human rights law throughout his career. He notably spent twelve years at the International Committee of the Red Cross, visiting thousands of detainees and prisoners of war.

“Sadly, today, torture remains a very real part of situations of conflict and violence”, Dr Melzer told us, explaining that his main worry is not so much dramatic, high-profile contexts such as the war in Syria, but rather a “creeping trend” towards increased tolerance in society for certain types of treatment that can only be described as torture.

“I won’t be able to save the world single-handedly as a Special Rapporteur, but what’s great is that there are hundreds of stakeholders – organisations, NGO’s, UN agencies and individual experts - who have been working on torture issues for decades. My role will be to complement and facilitate their work. A Special Rapporteur’s independence means I can pick up issues that have remained under the radar of the international community, bring them to the table and try to drive cooperation.”

Dr Melzer will remain Human Rights Chair at the Geneva Academy, where he currently teaches classes on the conduct of hostilities and on the use of force and counter-terrorism.