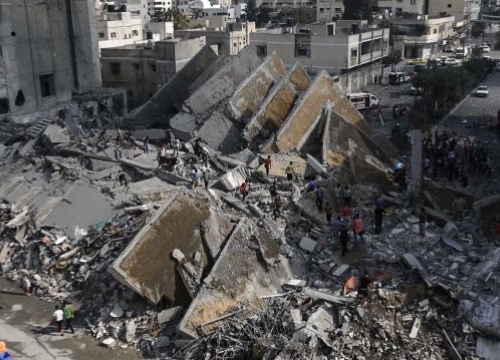 The conflict in and around Gaza in July-August 2014, called by Israel ‘Operation Protective Edge’, claimed many civilian victims and gave rise to numerous mutual accusations of violations of international humanitarian law (IHL). In 2015, a United Nations Commission of Inquiry made its findings on violations on IHL and human rights committed in this conflict public and the Prosecutor of the International Criminal Court (ICC) decided to proceed with an investigation into that situation.

In the framework of the IHL course of our LLM in IHL and Human Rights, students pleaded online during the entire day of 25 April for Israel and for Palestine arguing that the side they represent has respected IHL while the adverse side has violated IHL.

In front of a jury composed of Professor Marco Sassòli, Director of the Geneva Academy who teaches this course, and Öykü Irmakkesen, Teaching Assistant who tutors this course, teams of two students (whose roles were attributed by the lot) have pleaded, most in English, some in French on:

A High Level of Commitment and A Successful Exercise

It is the first time that these pleadings take place online, but Professor Sassòli is enthusiastic about the results in several respects.

‘Despite the difficult situation linked to the COVID-19, students – nearly all of whom come from abroad and are therefore even more isolated than others here in Geneva or in their home countries they returned to, and although teams had to prepare without face-to-face contact – showed a total commitment to the task and the highest level professionalism. All pleadings turned out to be good, very good or excellent’.

‘During the IHL class so far, students had been evaluated on written tasks. This oral pleading clearly demonstrated that students who are not particularly strong in written exams can be very impressive in exercises such as pleadings and clearly convey their substantive arguments, which are also legally accurate. This shows progress during the academic year, but also how important it is that we take different kinds of performances into account in our evaluation’.

‘Technology allowed all students to plead realistically. Only one student had to turn off her image because of an unstable Internet connection, but she could proceed with her pleading with her voice only’ underlines Öykü Irmakkesen.

Upcoming Online Pleadings on the 2008 Conflict in Georgia

In three weeks, the other half of the class will plead online according to the same formula in favour of Russia and Georgia concerning the armed conflict in Georgia in 2008. 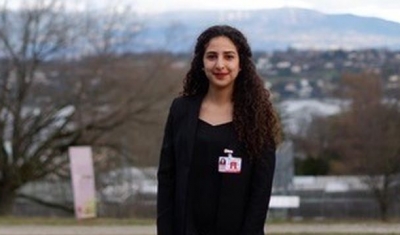 Tamara Aburamadan, currently enrolled in our LLM in International Humanitarian Law and Human Rights, tells us about the programme and life in Geneva. 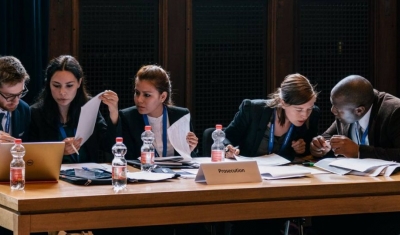 Support our one-month crowdfunding campaign to raise funds for scholarships for our LLM in IHL and Human Rights and MAS in Transitional Justice.