Antonio Coco: From the Geneva Academy to Oxford! 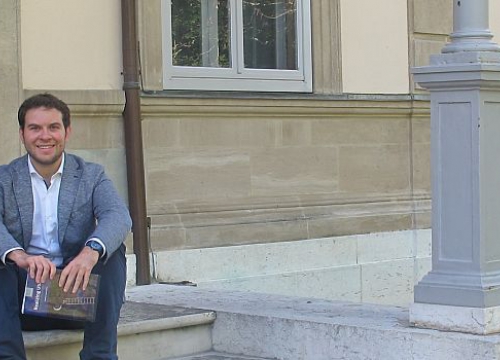 Antonio will soon move to Oxford where, as of October 2017, he will lecture on Public International Law, International Humanitarian Law and Criminal Law.

While at Oxford Antonio – who is also a member of the Journal of International Criminal Justice’s Editorial Committee – will continue working on the final draft of his PhD dissertation for the University of Geneva, entitled ‘Understanding International Criminal Law through an Analysis of the Defence of Mistake of Law’.

Antonio has worked as teaching assistant at the Geneva Academy as of January 2016, and from 2012 to 2015. From February 2016 to January 2017, he was a visiting researcher at Harvard Law School, thanks to the ‘Doc.Mobility’ fellowship provided by the Swiss National Science Foundation (SNSF). Previously, he worked as a legal assistant to the Special Rapporteur on Protection of Persons in the Event of Disasters at the UN International Law Commission (2012), and at the Chambers of the Special Tribunal for Lebanon (2010). Antonio is also admitted to practice law in Italy, where he has worked as a defence counsel.